We normally have our date nights on Fridays but switch it up every now and then. This was my first time hearing about the “Light City Baltimore” event. From the pictures we found online it appeared to be a photographers dream. The weather was nice when we left but by the time we got there it was windy and getting cool outside. The event took place around the Baltimore Inner Harbor so being near the water didn’t help with the temperature.

We started at McCormick and Schmick’s for dinner. Brandon had been before, but this was my first time. A girlfriend of mine told me she loved their calamari so I had to check it out. We asked to be seated outside which is always our preference if there is an option, but on this night it was a mistake. It got even colder as we sat next to the fire lamps they had surrounding the outdoor terrace. We both immediately ordered tea which was bought to us warm, not hot, but warm. Next we placed an order for the calamari which for us was good but nothing special. Our favorite calamari is served at BoneFish Grill! Nothing has topped that yet! Next up we ordered our main courses. I had the shrimp scampi with a white wine sauce and Brandon got the Salmon Rigatoni. While we waited, and waited, and waited, 3 of the umbrellas on the tables surrounding us fell over. I think some of those tables of people were drunk so they didn’t care. Lol! After that I asked if we could move inside. I mean my thinking was, once one fell over you would put them all down. I guess I think to logically or something.  Anyways, once we got inside we were finally served our food (at least 30 minutes later). Brandon’s dish came with pasta, salmon, sauce, etc. He said his noodles were the consistency of wood which they were…I tried them. My shrimp scampi should have been called lemon noodles with shrimp. Just imagine pouring white wine and loads of lemon juice over noodles and shrimp. Yep that was my meal. We were both so hungry by then we decided to eat as much as we could take and head out to enjoy the festivities. I think we should have taken the hint when we saw the restaurant was so empty. The best part of our dinner was the music!

Getting back to the light show…the website made it seem like the entire city was going to be super lit. This was nowhere near the case. They had several exhibits of intense light features but nothing major. I can see how kids would enjoy an event like this and they were everywhere. One of my favorite exhibits was the first thing we saw when we began walking the harbor. Can you make out what those boats are made of? I loved the creativity! By the time we left we were asking ourselves “what was that?”. Maybe neither of us understood what the event was suppose to be about or represent. What I do know is by the end of that night we just had to laugh about our whole date night. It didn’t make sense to do anything else. Enjoy! 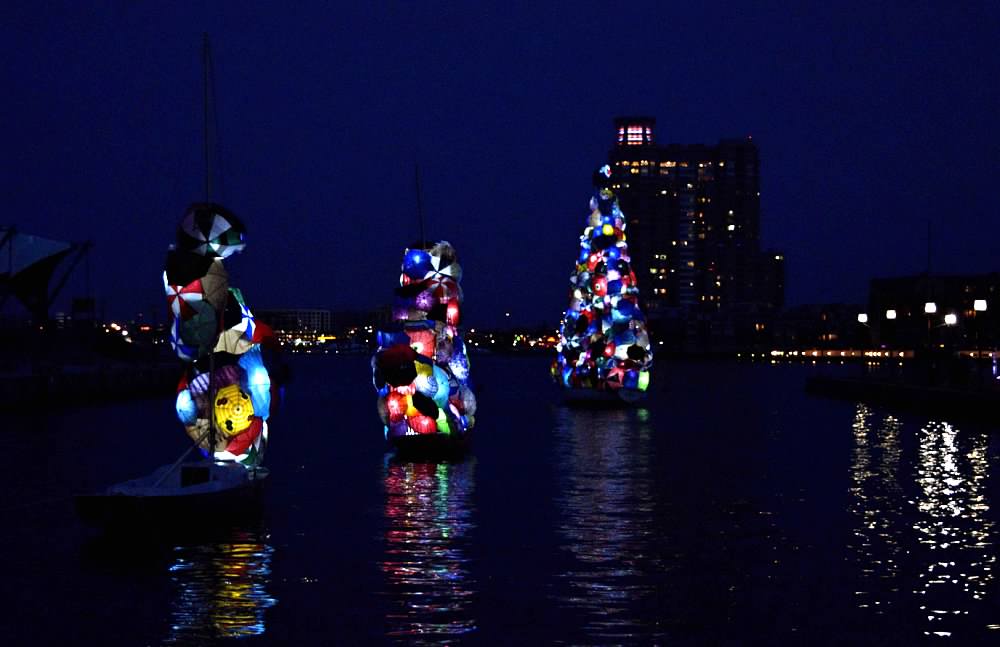 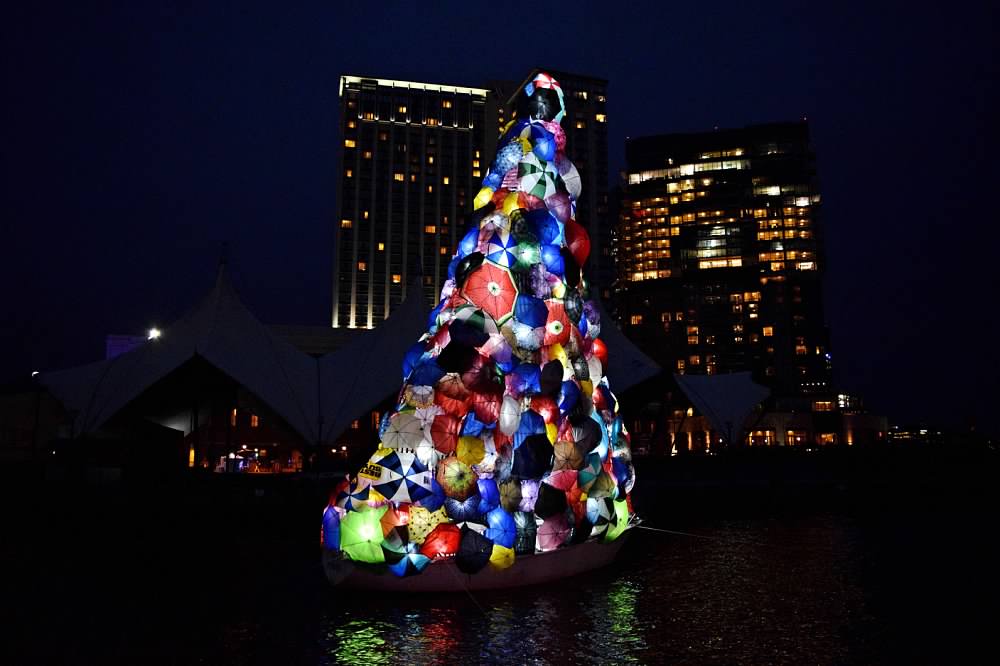 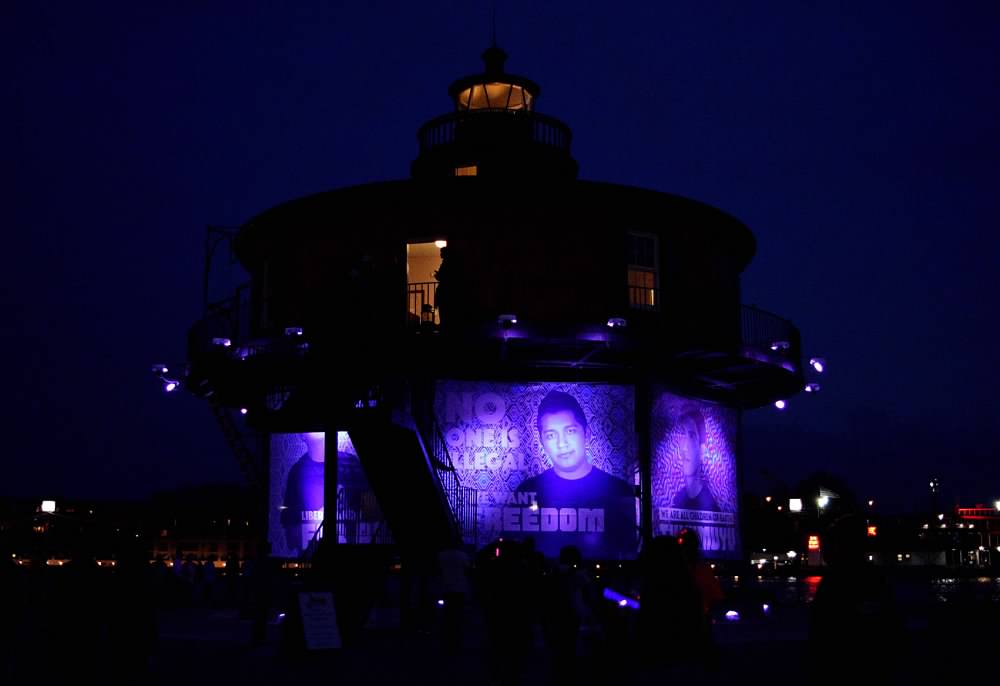 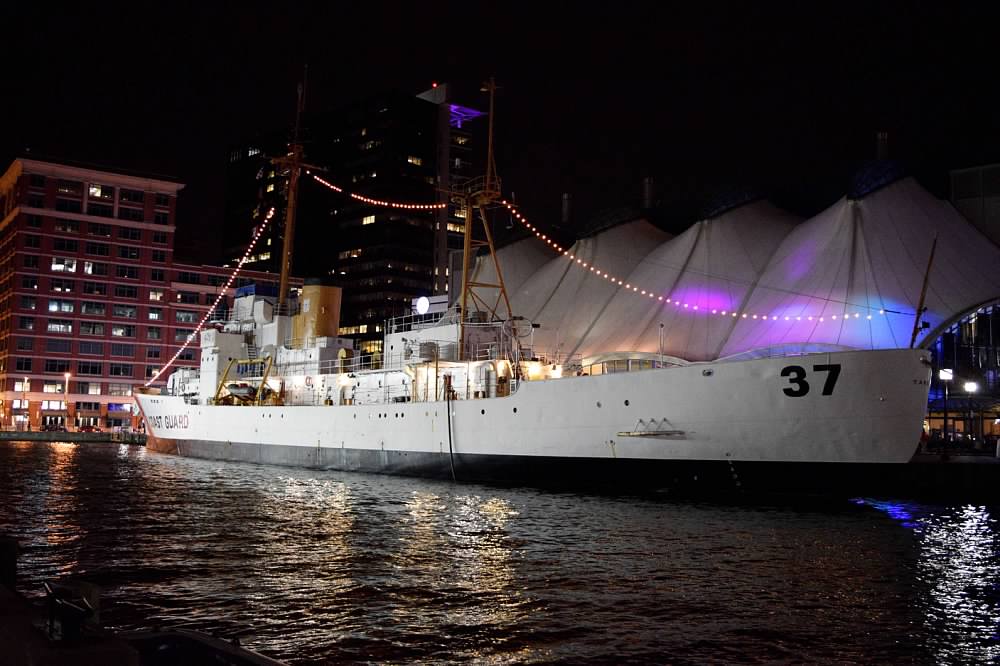 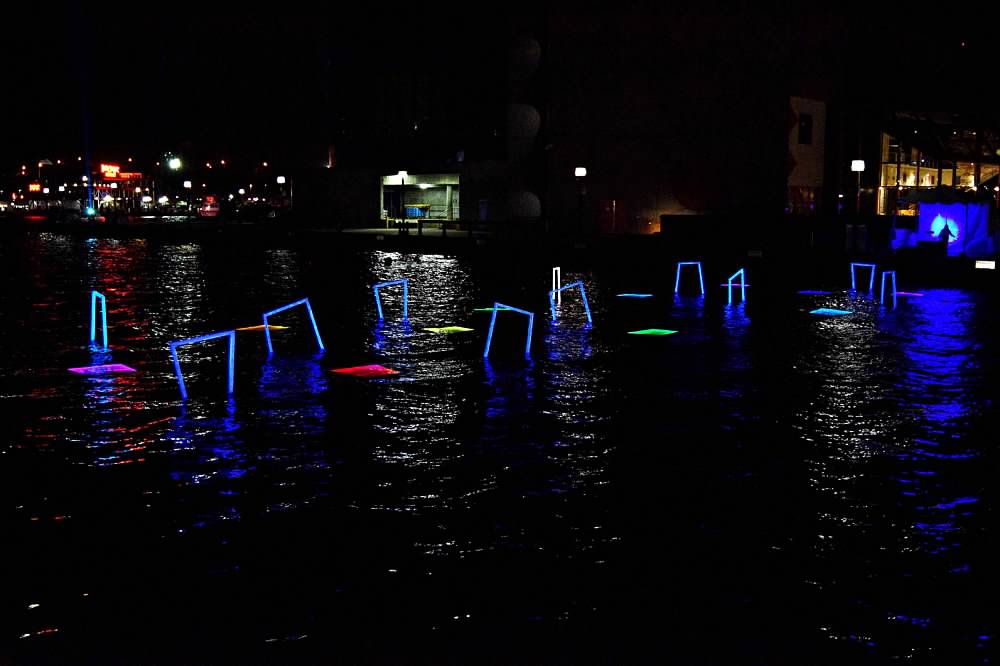 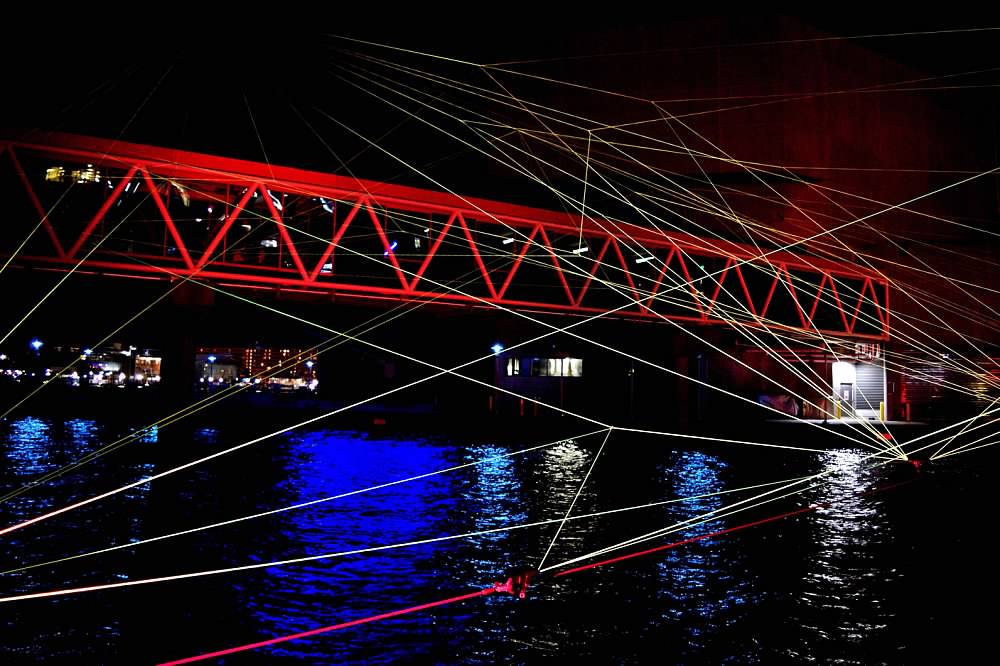 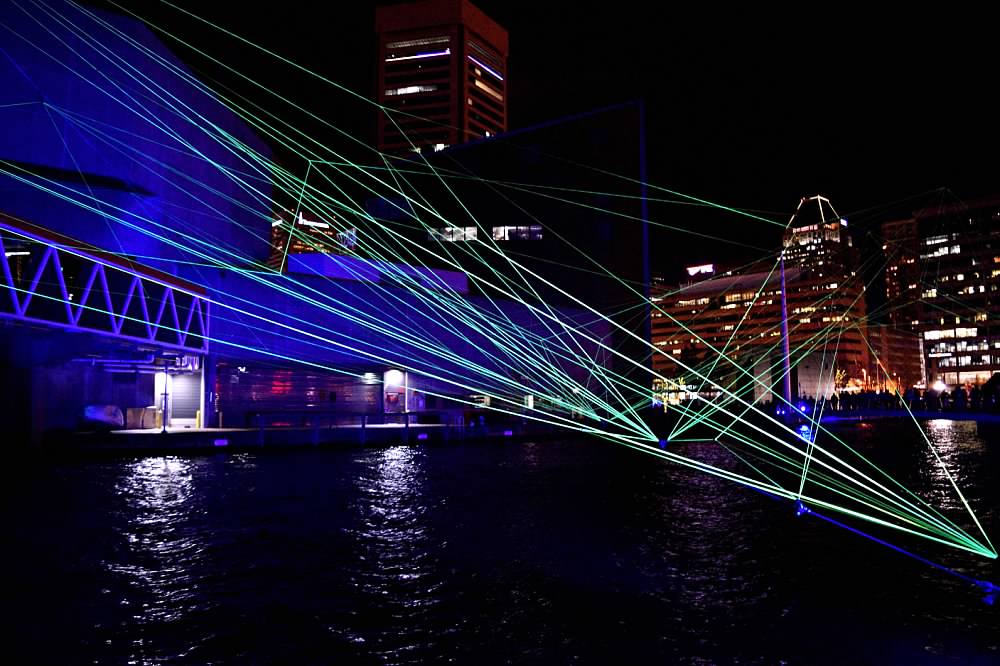 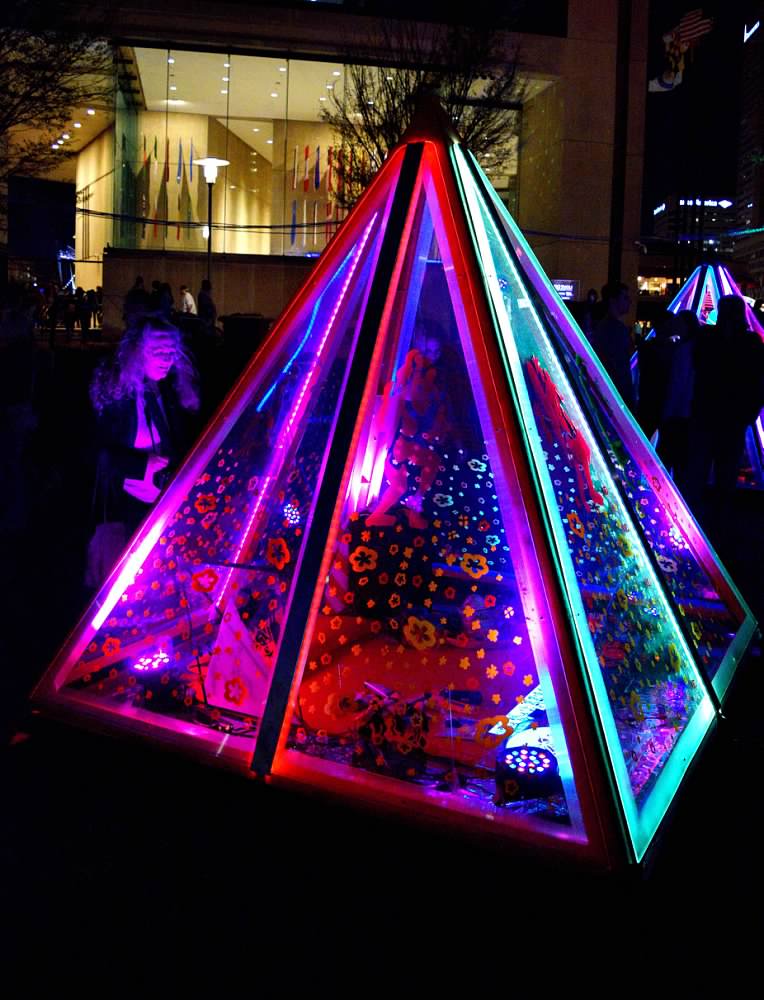 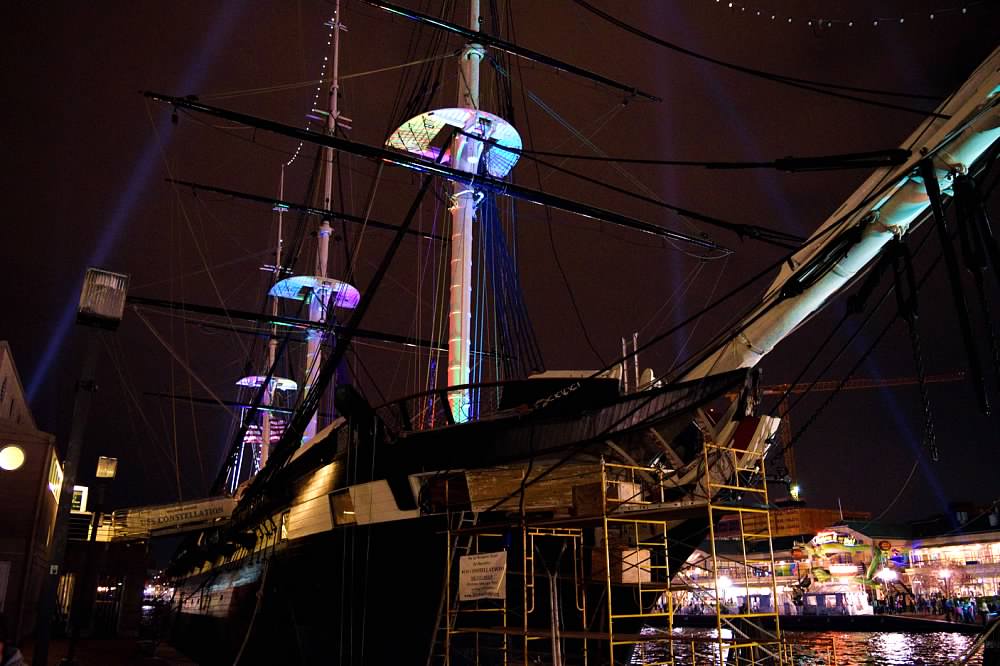 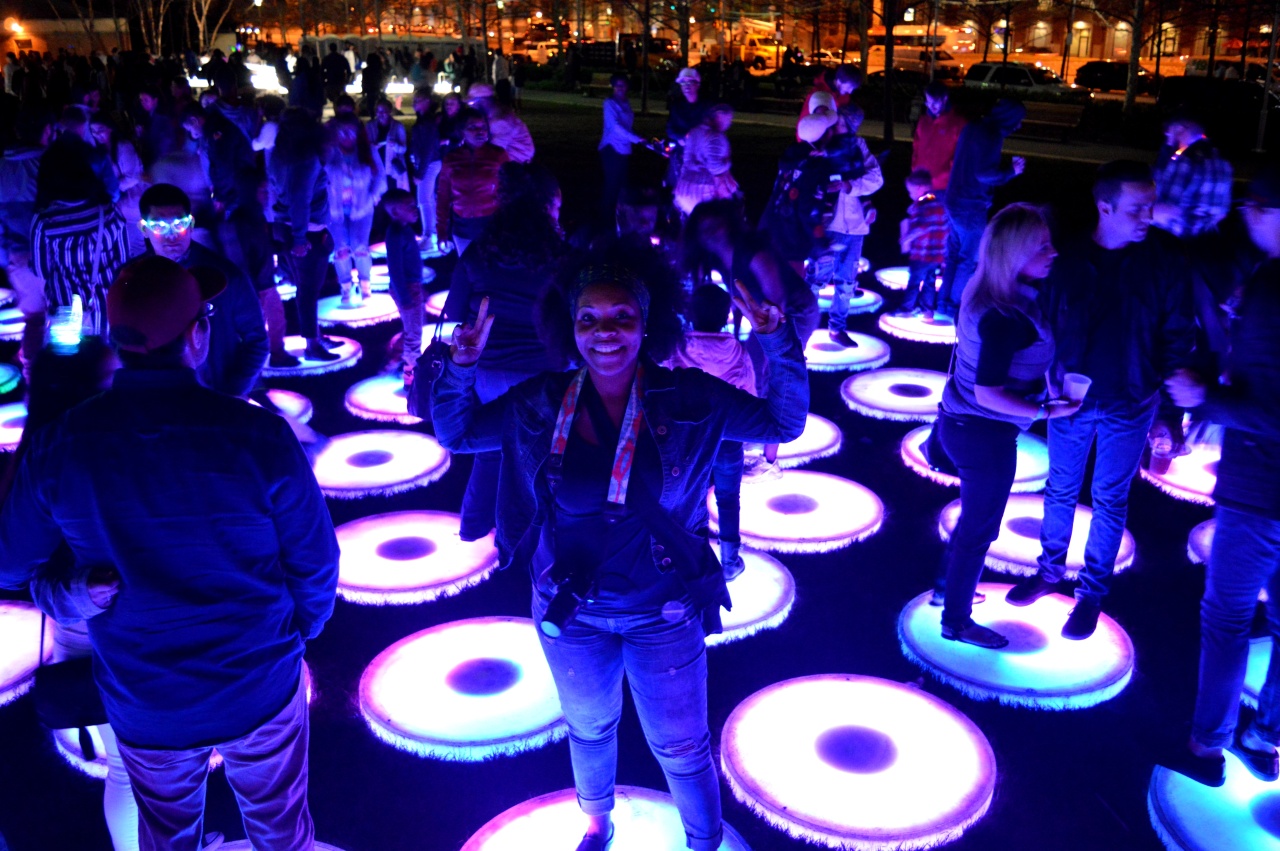 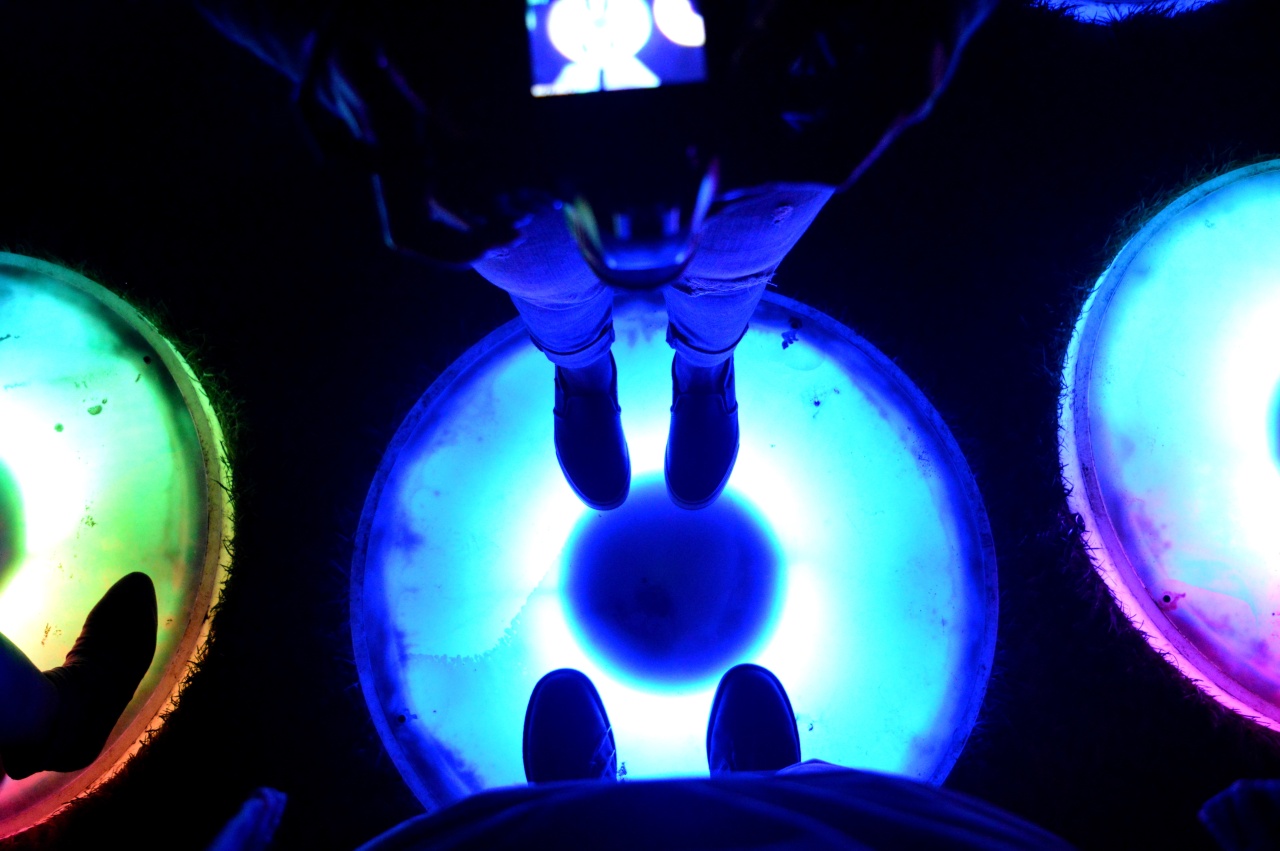